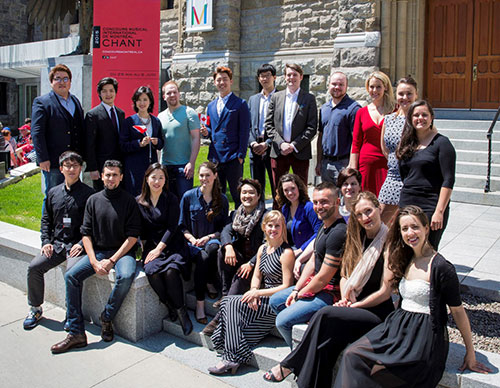 Hundreds of singers kick off the Competition

HUNDREDS OF SINGERS KICK OFF
THE MONTREAL INTERNATIONAL MUSICAL COMPETITION

Montreal, May 24, 2015 — Hundreds of singers of all ages met together at the Montreal Museum of Fine Arts’ Bourgie Hall this afternoon, to kick off the Montreal International Musical Competition (MIMC), which begins tomorrow night in the same venue. This free opening event brought together choirs, singers from the public, and musicians in a celebration of this universal instrument that is voice. The sing-along featured various excerpts from the film The Sound of Music, which turned 50 this year. The order of appearance of the 24 classical singers from 9 countries who will participate in the quarter-final round was determined by random draw earlier in the day. Please note that South-Korean tenor Min Gue Cho takes the place of baritone Kidon Choi, who was unable to attend:

The complete musical programme of each round is available at www.concoursmontreal.ca

Tickets and passports for the quarter-final and semi-final rounds are available at the Bourgie Hall box office: mbam.qc.ca | 514-285-2000, option 4