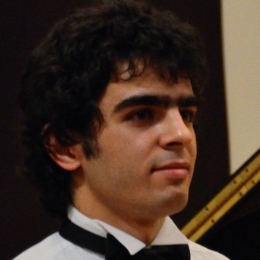 Biography 2017: Second Prize laureate of the 2017 Concours Musical International de Montréal for piano and winner of five special awards (People’s Choice, André Bachand, Best Semifinal Recital, Bach and Chopin awards), Sicilian pianist Giuseppe Guarrera is currently one of the first students of the Barenboim-Said Akademie in Berlin, where he is studying under the guidance of Nelson Goerner. He also studied with Giuseppe Cultrera, Siavush Gadjiev and Eldar Nebolsin at the “Hochschule fur Musik Hanns Eisler” in Berlin where he completed his Masters in 2016.