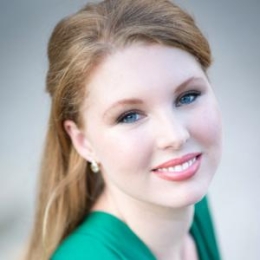 Biography 2018: Ms. Sproule is a native of Montréal and is a graduate of the Juilliard School (B.Mus. 2010), and Rice University (M.Mus. 2012). She also participated in residencies at the Banff Centre, Aspen Opera Theatre, Merola Opera Program, Wolf Trap Opera and the Houston Grand Opera Studio.

Highlights of past seasons include the role of Inez in Il Trovatore and the Sandman in Hänsel and Gretel at the Metropolitan Opera. Ms. Sproule also debuted in her native Canada with the Vancouver Opera as Maddalena in Rigoletto and with Opéra de Montréal as the Third Maid in Elektra. Ms. Sproule made her European debut singing Erika in Samuel Barber’s Vanessa at the Wexford Festival, and subsequently her Italian debut at Teatro Lirico di Cagliari as Ulrica in Un Ballo in Maschera. In concert, she was the alto soloist in Handel’s Messiah with the Minnesota Orchestra as well as the alto soloist in Beethoven’s 9th Symphony at the Aspen Music Festival. 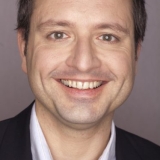 Since September 2000, Martin Dubé has been a vocal coach for the Atelier lyrique de l’Opéra de Montréal and artistic co-director of the Quebec Chamber Music Society. He was on the faculty at the renowned Curtis Institute of Music and the Juilliard School of Music, and he has worked for the Opera Company of Philadelphia and San Diego Opera. Since 1995, he has been coach-in-residence at the Chautauqua Institution in New York. He has served as accompanist for master classes given by such renowned singers as Marilyn Horne, Elly Ameling, Sherrill Milnes, Marlena Malas, Licia Albanese and Renata Scotto.