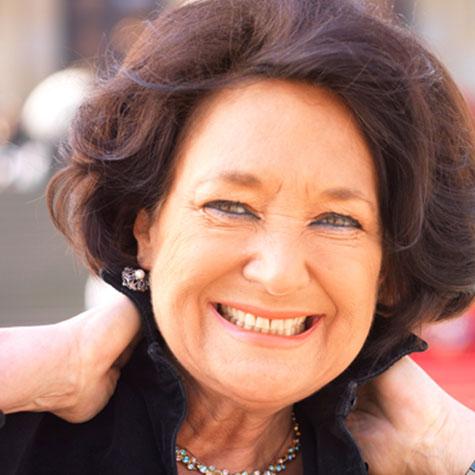 The MIMC to be webcast

THE MONTREAL INTERNATIONAL MUSICAL COMPETITION
TO BE BROADCAST ON THE WEB

Montreal, May 19, 2015 – Less than a week before it begins, the Montreal International Musical Competition (MIMC) announces the webcasting of most of its activities and welcomes a new jury member and a new competitor. And, to kick off the Competition, which will run from May 25 to June 5, everyone is invited to sing along—adults and children alike— in a free opening event that will take place in Bourgie Hall on May 24.

WEBCAST
The semi-finals and finals, as well as the Gala Concert and masterclasses, will be broadcast live on the MIMC website at www.concoursmontreal.ca. The Orchestre symphonique de Montréal will also broadcast the finals and the Gala concert (www.osm.ca). These recordings, in collaboration with Cybermediacom, are made possible thanks to the generosity of sponsors and partners of the MIMC.

SOPRANO EDDA MOSER JOINS THE JURY
World-renowned German soprano Edda Moser joins the international jury, replacing American soprano Deborah Voigt, who had to withdraw for professional reasons. Ms. Moser, a professor of singing at the Hochschule für Musik in Cologne since 1985, said: “I am very pleased to be part of the jury of this prestigious competition and to have the opportunity to visit the wonderful city of Montreal once more”.

A NEW COMPETITOR FROM SPAIN
Following the withdrawal of Turkish baritone Dogukan Kuran, the MIMC team welcomes a new competitor, tenor Yauci Yanes Ortega from Spain. The number of competitors who are invited to participate in the quarter-finals and the number of countries represented remain unchanged: 24 singers from nine countries.

FREE OPENING EVENT ON MAY 24
To celebrate the 50th anniversary of cult film The Sound of Music and to mark the kickoff of the Montreal International Musical Competition, all music lovers are invited to come and sing along “a few of their favorite songs” at Bourgie Hall, on Sunday, May 24 at 2 p.m. The lyrics will be projected on screen and singers of all levels will be conducted by Bob Bachelor, Music Director of the Lyric Theatre Singers. Participants can wear costumes if they want to; a pair of tickets for the Gala Concert will be offered to the winner of the best costume.

BOX OFFICE
Tickets and passports for the quarter-final and semi-final rounds are available at the Bourgie Hall box office: mbam.qc.ca | 514-285-2000, option 4