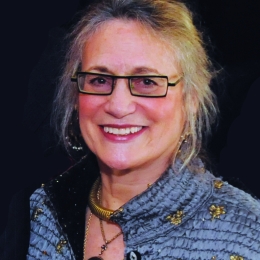 Soprano Edith Bers, chair of the Juilliard Voice Department since 2006 (and from 1991-95), has served on the Juilliard faculty since 1985. She is also a member of the faculties of the Manhattan School of Music, Metropolitan Opera Lindemann Young Artists Development Program, Curtis Institute of Music (adjunct), and Bard College Conservatory Graduate Program in Vocal Arts, and has taught at various summer festivals, including the Aspen Music Festival and School, the Orford Music Academy (Canada), and the Bel Canto Institute (Florence).

Ms. Bers has given master classes as part of the Symposium on the Care of the Professional Voice, the Metropolitan Opera National Council Auditions, the Queen Elisabeth International Music Competition, and the Korean Broadcasting System.

Bers attended Brandeis University and received BS and MAT degrees from Columbia University. Among her voice teachers are Jennie Tourel, Maria Callas, Ellen Faull, and Beverley Peck Johnson. Her singing career has spanned opera, recital, oratorio, and orchestra appearances in the U.S. and abroad, and she has received acclaim for singing the U.S. premiere of Schumann’s Des Sängers Fluch.