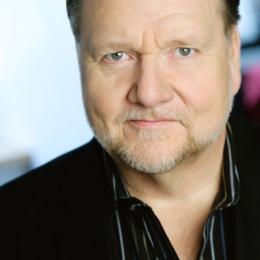 Ben Heppner is an internationally renowned operatic tenor, public advocate for the arts, and radio broadcaster. For almost three decades, Mr. Heppner has been hailed among the most sought-after musical talents in the operatic world.  His command of the heroic repertoire of Wagner, Strauss and Verdi, among others – is second to none. He is widely appreciated for the depth and intelligence of his interpretations and for the expressive character that he has brought to the roles that he has played.

Ben Heppner first came to the attention of the Canadian public as the winner of the CBC Talent Festival, in 1979. He won the Metropolitan Opera auditions in 1988. His career has taken him to the most prestigious opera and concert stages of the world – from Vienna to Paris, Berlin, London, New York and beyond.  He set new standards of performance in some of the most demanding operatic roles including Wagner’s Tristan, Verdi’s Otello and the complex and dark leading role of Benjamin Britten’s Peter Grimes.

Ben Heppner has appeared on numerous recordings by Deutsche Grammophon and other labels, on DVDs and in the Metropolitan Opera’s HD series in cinemas.  His recorded work has won three Juno and three Grammy awards and he has also received nine honorary doctorates from prestigious academic institutions throughout Canada.  He has been the recipient of the Governor General’s Performing Arts Award and, in 2008, was promoted to Companion of the Order of Canada. Heppner announced his retirement from the opera and concert stage a couple of years ago, but Canadians continue to hear his voice as host of CBC Radio 2’s Saturday Afternoon at the Opera and Backstage with Ben Heppner.