Le Concours musical international de Montréal (CMIM) is proud to announce that Maestro Jacques Lacombe will conduct the Orchestre symphonique de Montréal (OSM) for the semifinal and final rounds of the Aria competition on June 6-7 and 9 at Maison symphonique.

The CMIM is extremely grateful to Maestro Jacques Lacombe who has agreed to step in on short notice to conduct for the Aria competition of Voice 2022. Maestro Lacombe last collaborated with the CMIM for Piano 2004. Maestro Bramwell Tovey, who was slated to conduct for Voice 2022, has been advised by his doctors that the next step in the recovery from his recent illness is a period of medical rehabilitation, leaving him unable to make the trip to Montreal. We wish him a speedy and full recovery. 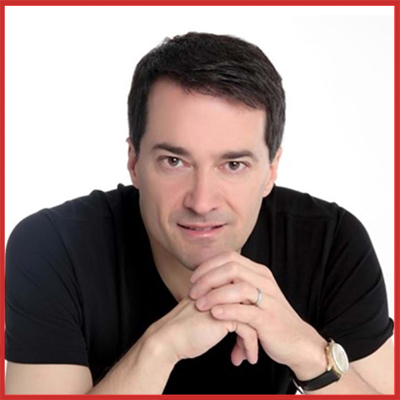 In July 2016, Jacques Lacombe was honored to be reinvited to conduct the opening weekend concerts of the prestigious Tanglewood Music Festival with the Boston Symphony Orchestra where he was a guest for a third consecutive year. In addition, one of the highlights of his past seasons includes his debut with the Orchestre National de France at the Theatre des Champs Élysées in Paris for a concert version of Massenet’s Werther with Joyce Di Donato and Juan Diego Flórez. He also made his debut at the Festival Internacional de Opera Alejandro Granda in Lima, Peru. Symphonic debuts include the Taiwan Philharmonic National Symphony Orchestra as well as orchestras in Dallas, Nancy, Omaha and San Antonio. More recently, he coducted at the Bonn Opera new productions of Holofernes by Reznicek, La Bohème, Lucia di Lammermoor and Peter Grimes with, in the title role José Cura who also staged this new production.

In other recent highlights, Mr. Lacombe’s work in opera includes all-star productions of La Bohème and Tosca at the Royal Opera House at Covent Garden, the world premiere of Marius et Fanny with the Opéra de Marseille with Roberto Alagna and Angela Gheorghiu, two frequent collaborators, and many productions including Un Ballo in Maschera, Ariadne auf Naxos, Der fliegende Holländer and Eugene Onegin with the Deutsche Oper Berlin where he is a regular guest for over ten years. Mr. Lacombe has also led a number of operatic rarities with the Deutsche Oper, including Zemlinsky’s Der Traumgörge, Die Dorfschule by Felix von Weingartner, Carl Orff’s Gisei – Das Opfer, and Waltershausen’s Oberst Chabert, which have been recorded and produced by the label CPO. He has led productions with Opéra de Monte-Carlo, most recently Lady Macbeth of Mtsensk and La Favorite by Donizetti with the tenor Juan Diego Florez. In addition, Mr. Lacombe has conducted at the Metropolitan Opera House in New York, at the Teatro Regio in Turin, at the Bayerische Staatsoper in Munich, at the Opéra national du Rhin in Strasbourg as well as opera houses in Avignon, Liège, Marseille, Metz, Nantes and Angers, Philadelphia and Vancouver.

As music director of the NJSO, Lacombe has been noticed for his inspirational programming for which League of American Orchestras honored him with an ASCAP award. For his debut at the prestigious Carnegie Hall in New York in 2012 as part of Spring for Music Festival, Mr. Lacombe was a resounding success throughout the United States for the concert he conducted with the NJSO where he led pianist Marc-André Hamelin in the epic Busoni Piano Concerto. Anthony Tommasini wrote for The New York Times,

Mr. Lacombe’s outstanding work with the Orchestre symphonique de Trois-Rivières has also been recognized by a recent Juno Award given by the Canadian Academy of Recording Arts and Sciences for Best Classical Album of the Year: Vocal or Choral Performance for his recording of Lettres de Madame Roy à sa fille Gabrielle with renowned contralto Marie-Nicole Lemieux written by André Gagnon and Michel Tremblay.

Jacques Lacombe has recorded for the CPO and Analekta labels, and has recorded Janáček’s Suite from The Cunning Little Vixen, Carl Orff’s Carmina Burana, and the Verdi Requiem on releases with the New Jersey Symphony Orchestra. His performances have been broadcast on PBS, the CBC, Mezzo TV in Europe, France 3 and Arte TV in France and on Hungarian Radio-Television.

Born in Cap-de-la-Madeleine, Québec, Jacques Lacombe received his musical training at the Conservatoire de Musique de Montréal and at the Hochschule für Musik in Vienna. Orchestral conducting teacher at the Conservatoire de Musique de Montréal where he’s also music director of the orchestra, he received the Queen Elizabeth II Diamond Jubilee Medal in 2012. He is also a Chevalier de l’Ordre national du Québec and a Member of the Order of Canada, one of the highest civilian honors in the country.