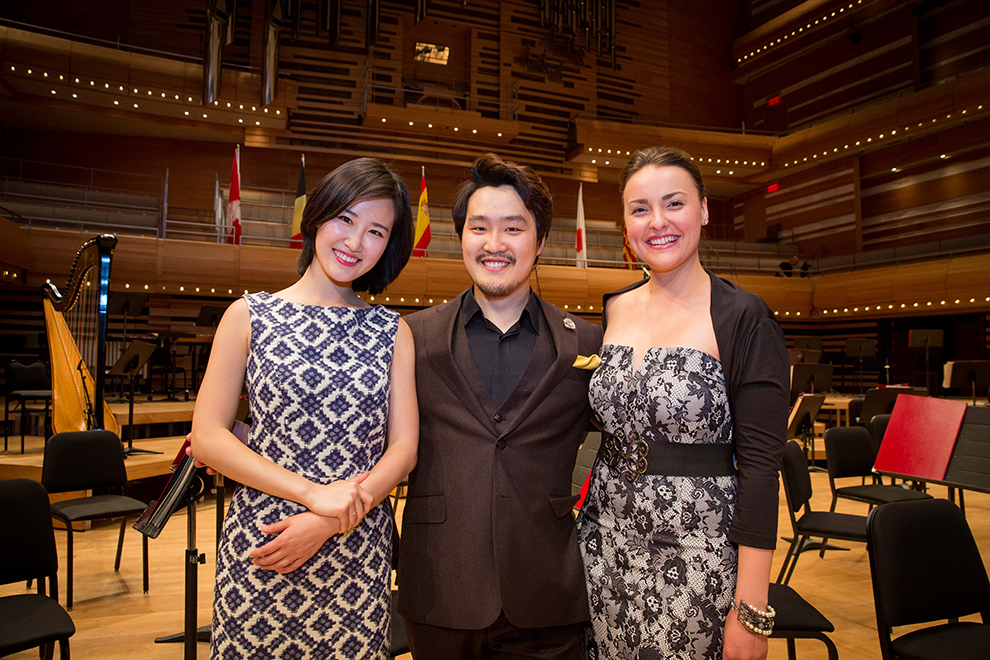 Montreal, June 3, 2015 — Following ten days of intense high-level competition, the Montreal International Musical Competition (MIMC) culminated this evening with the announcement of the top three prizewinners of its 2015 Voice edition. All other prizes will be announced at the official awards ceremony that will take place before the Gala Concert, on June 5.

” I take my hat off to all six young singers. They superbly mastered the challenging task of this Final round. I thank Orchestre symphonique de Montréal musicians for being such supportive partners in this true ‘tour de force’ through vocal repertoire” declared Maestro Johannes Debus, who made his Montreal debut this week at the MIMC.

Don’t miss the closing Gala Concert at the Maison symphonique on June 5 at 7:30 pm; the laureates will perform with the Orchestre symphonique de Montréal under the direction of Johannes Debus right after the official awards ceremony.

The Gala Concert musical programme will be available on the eve of the concert on the MIMC website: http://concoursmontreal.ca/en/programming/

The Gala Concert will be broadcast live on the MIMC website at http://concoursmontreal.ca/en/webcast, and on the OSM website at www.osm.ca, then archived. The semi-finals, finals and masterclasses are already archived and available for listening on demand.